Donald Trump has Steven Mnuchin and had Gary Cohn, Steve Bannon, Anthony Scaramucci, and Dina Powell in his Administration and they were all top executives for Goldman Sachs. 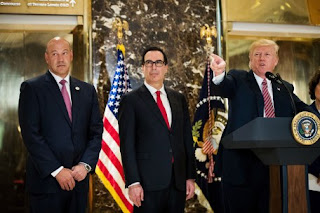 The Goldman and Sachs families were from Bavaria. The Trump bloodline is from Bavaria. Ivana Trump was accompanied by Prince Manuel of Bavaria and Princess Anna of Bavaria for the Benefit Auction for the Jazz Musicians Emergency Fund in 2005. 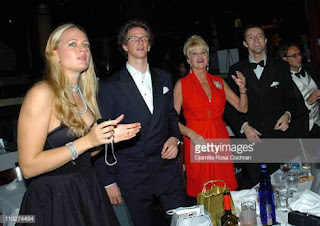 Trump had a meeting with the Bavarian Henry Kissinger who wrote the National Security Study Memorandum NSSM 200 a report on population control. 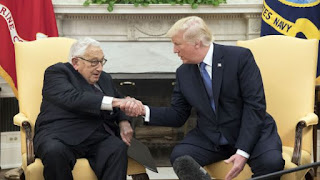 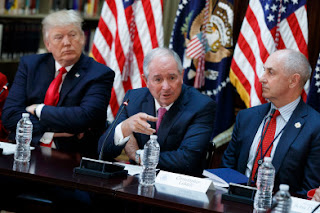 Stephen A. Schwarzman chaired for Trump’s Strategic and Policy Forum and the billionaire and Skull and Bones member Schwarzman founded Blackstone.https://en.wikipedia.org/wiki/Stephen_A._Schwarzman
Stephen Allen Schwarzman (born February 14, 1947) is an American businessman, investor, and philanthropist. He is the chairman and CEO of The Blackstone Group, a global private equity firm he established in 1985 with former US Secretary of Commerce Pete Peterson. His personal fortune is estimated at $13.4 billion as of August 2018.[1] As of 2017, Forbes ranked Schwarzman at 113th on its World’s Billionaires List.[2][1]
He chaired President Donald Trump’s Strategic and Policy Forum.[3] 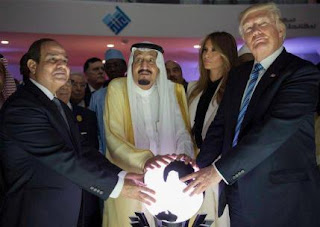 Trump and Kushner met with the Saudis and sold them hundreds of millions worth of missiles as part of a billion-dollar contract and then the Saudis increased their bombings and missile strikes on Yemen. After their meeting, the Saudis invested 40 million into Blackstone as the beginning of their multi-billion dollar investment.https://www.marketwatch.com/story/saudi-arabias-20-billion-wager-with-blackstone-is-record-sized-bet-on-us-infrastructure-2017-05-21
Trump’s infrastructure push is cited by Saudis as they make a huge commitment toward Blackstone’s $40 billion goal
http://www.foxnews.com/politics/2018/03/22/trump-administration-approves-1b-arms-sale-to-saudi-arabia-including-more-than-6500-missiles.html
Trump administration approves $1B arms sale to Saudi Arabia, including more than 6,500 missiles 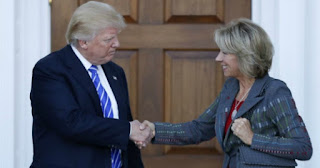 Trump has been advised by Erik Prince and Joseph Schmitz and they are both Vatican-Roman knights and former Blackwater executives. Trump-appointed Erik Prince’s sister Betsy DeVos as the United States Secretary of Education. Betsy’s DeVos’s husband is the billionaire Dick DeVos and his billionaire father Richard DeVos founded Amway with Jay Van Andel who donated about 2 million to George Walker Bush’s presidential campaign. Also, Joseph Schmitz was the Department of Defense Inspector General under Bush Jr. and Erik Prince’s Blackwater was in contract with the US military under Bush Jr. 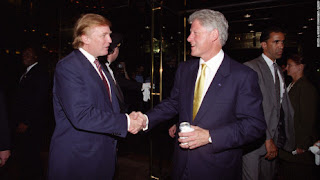 The Clintons went to Trump’s wedding. Donald Trump has donated to the Clinton Foundation. Trump said he was going to lock Hillary Clinton up many times and has done nothing. The Trump and Clinton conflict is theater and a divide and conquer strategy. They both have the same agenda. 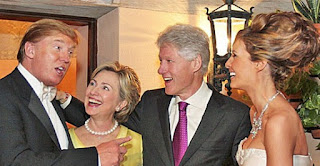 It states right on the Clinton Foundation that Donald J. Trump has donated between 100,000-250,000 to the Clinton Foundation. Trump’s tax returns also confirmed this.https://www.clintonfoundation.org/contributors?category=%24100%2C001%20to%20%24250%2C000&page=7
Trump is friends with the convicted pedophile Jeffrey Epstein and can be seen hanging out with him on three different occasions. A lawsuit was filed against both Epstein and Trump for sexual assault and rape. The lawsuit was later dropped. Trump and Epstein are both wealthy billionaires. 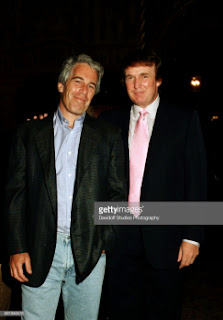 https://www.politico.com/f/?id=00000158-267d-dda3-afd8-b67d3bc00000
Katie Johnson’s lawsuit against Epstein and Trump. Epstein is a convicted pedophile and Trump has been accused of sexually assaulting numerous women. Some accusations seem credible and some are not so credible. Trump has also made a multitude of disturbing sexual remarks about his daughter. 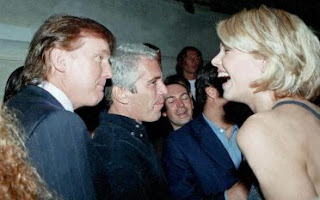 Thousands of children have been held in former Walmarts and government facilities under the Trump presidency. Trump does not deny this. That is child trafficking.http://www.nydailynews.com/news/national/ny-news-inside-converted-walmart-shelter-immigrant-boys-20180614-story.html
Nearly 1,500 boys between the ages of 10 and 17 are spread across the re-purposed Walmart. Most of the boys have crossed into the United States alone while dozens more were separated from their parents under Attorney General Jeff Sessions’ new zero-tolerance policy. A few days later after the story came out about the thousands of Spanish speaking immigrant children detained in former Walmarts and other government facilities Trump met with King Felipe VI of Spain. I previously stated in other articles that Spain which is ruled by the House of Bourbon runs Mexico and various Latin American nations like proxies and that the Spanish House of Bourbon owns many of the Mexican and Latin American drug cartels which are involved in human trafficking. The Bourbon and Franco families were also involved in stealing an estimated 300,000 babies from Spanish hospitals over several decades. Trump purchased property for his casino from the mafia hitman Salvatore Testa. The mafia built Atlantic City and launder their criminal profits in casinos. The NJ Commission of Investigation report on organized crime, contractors, casinos, and construction describes Philly Mob owned construction companies working on the Trump-owned Harrah’s.
https://www.state.nj.us/sci/pdf/annual18%20and%20OCCasino.pdf
Trump-appointed Kellyanne Conway as Counselor to the President. Kellyanne Conway’s grandfather Jimmy “The Brute” DiNatale was an associate of the Philly Mob.
https://www.newspapers.com/clip/7916304/jimmy_the_brute_james_dinatale/
One of Siligato’s closest friends was James “Jimmy the Brute” DiNatale, identified by police as an organized crime associate who ran a gambling operation in and around the migrant labor camps and in several Latino communities in the Hammonton area. DiNatale, who died in 1983, “was like a second father to me,” Siligato said last week. Another sore point with police, Siligato said, is that in 1980, he and DiNatale were alibi witnesses for mob boss Nicodemo “Little Nicky” Scarfo in a murder trial in which Scarfo and two codefendants were acquitted. Siligato describes Scarfo as “an acquaintance,” but not a friend. Trump hired Roy Cohn who worked as an attorney for the mafia bosses John Gotti, Tony Salerno, and Carmine Galante. Trump has also been friends with the mafia associate Robert Libutti. The Gambino-Genovese owned S&A Concrete was involved in constructing Trump’s building in Manhattan with Genovese boss Tony Salerno as an owner. Below is Trump with the mafia lawyer Roy Cohn. Donald Trump was a Jesuit educated at Fordham. Eric Trump and Ivanka Trump went to Jesuit Georgetown. None of them are Roman Catholic. Prince Carlo of Bourbon-Two Sicilies is a top authority over the Jesuits.
http://www.fordhamobserver.com/inside-trumps-days-at-fordham/
Inside Trump’s Days at Fordham
Before earning his degree in economics, he was a student at Fordham College at Rose Hill (FCRH) for two years. The above image is of Trump with Felix Sater who has Russian mafia connections. The Russian billionaire and Communist Aras Agalarov’s son Emin Agalarov set up a meeting with the Russian lawyer Natalia Veselnitskaya and Trump Jr, Kushner, and Paul Manafort. Aras Agalarov is a Commander in the Italian Order of Merit. H. R. McMaster, Jim Mattis, Rick Perry, Gina Haspel, Alexander Acosta, John Bolton, Dina Powell, Joseph Schmitz, and Dan Coats have all worked as advisers, directors of agencies, or in Trump’s administration and they, all also worked with George Walker Bush. Trump bombed Afghanistan with the MOAB’s and has also bombed Syria. Trump has continued carrying out drone strikes around the world.


Posted by Theater of Discombobulation at 9:49 PM 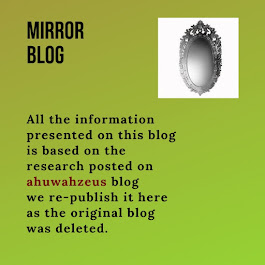 All information credited to IzrealZeus

The enemies of Light 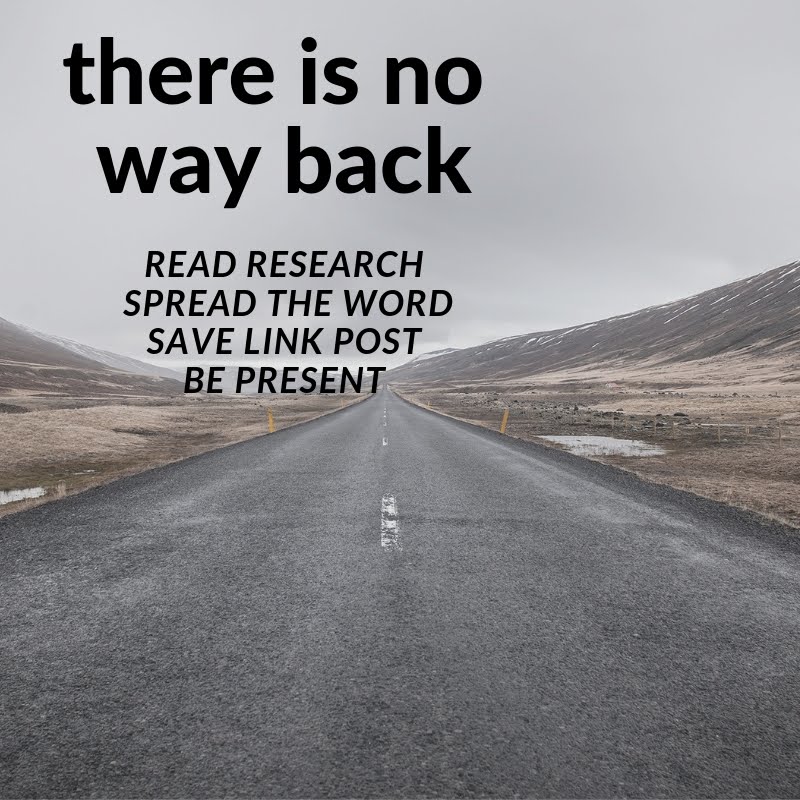 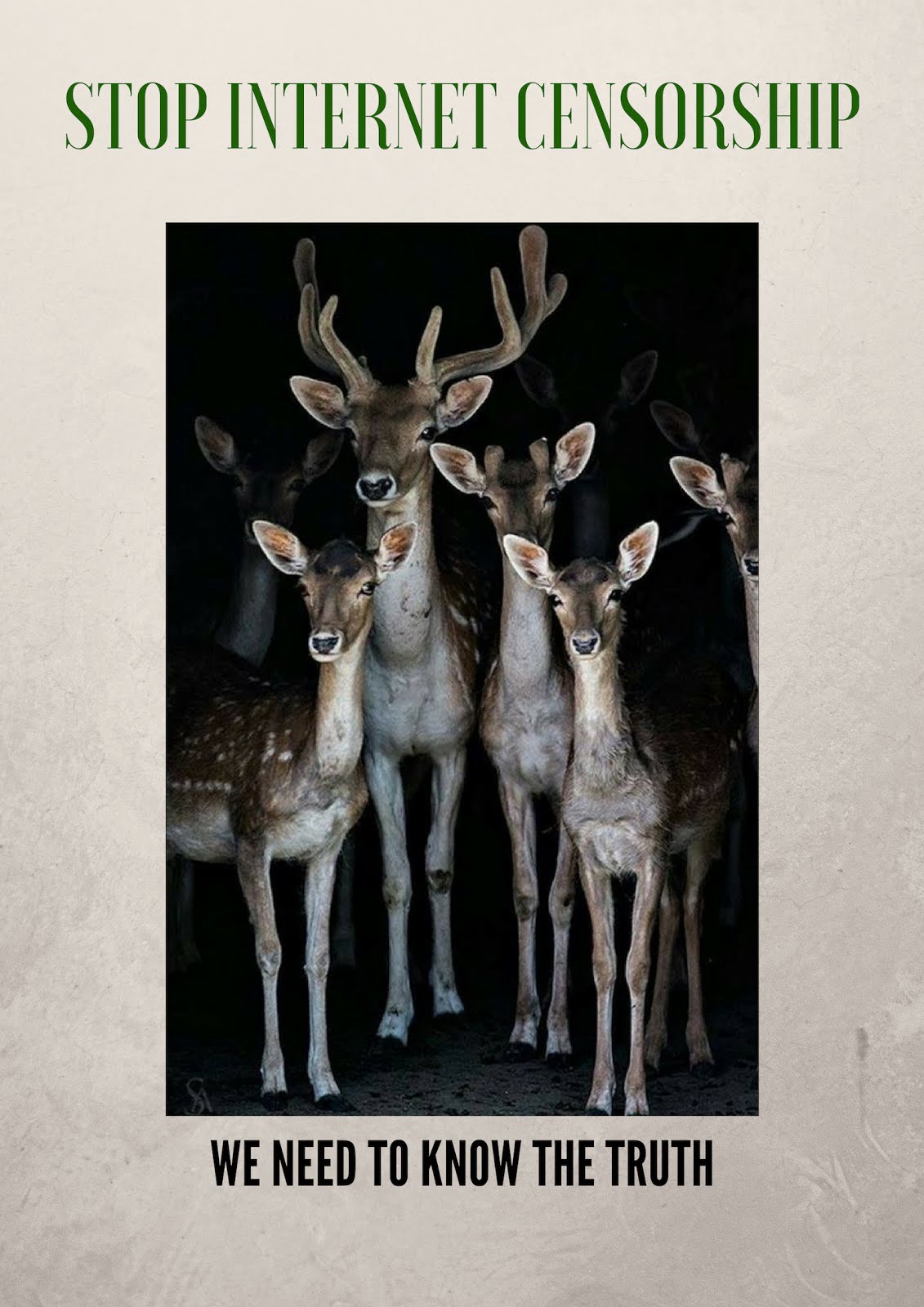